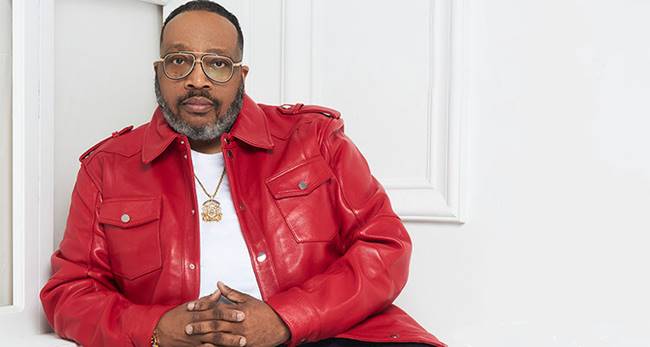 Multi-platinum recording artist and senior pastor of The Chosen Vessel Cathedral, Marvin Sapp released a new film about his personal struggles in life, taking viewers inside the grief that birthed his hit song, “Never Would Have Made it.”

Titled “Never Would Have Made It: The Marvin Sapp Story” and directed by Russ Parr, the biopic premiered last Sunday on TV One.

In an interview with The Christian Post, Sapp said he initially shied away from making the film. However, seeing the many challenges and loss people endured over the last two years with COVID-19 and the lockdowns, he felt it was something he should do.

“Specifically in a season where people are experiencing so much loss, or have experienced it because of the pandemic, I felt like we needed some inspiration,” Sapp said. “Hopefully, me sharing my life will inspire people, let them know that no matter how traumatic things may have been that there’s still triumph after it.”

Sapp narrates the film, which, according to its synopsis, “chronicles the prominent gospel music artist and preacher’s Michigan upbringing, battle against teenage alcohol abuse, love for MaLinda Prince, rise in the music industry, and growth in his faith.”

“It really made me feel good because I got to be a part of every aspect, from co-writing to executive producing, and starring in, so that’s a whole lot but I’m grateful and thankful all at the same time,” Sapp said.

The film not only shows challenging moments during his childhood, but it also shows the times that he was drinking and smoking weed while also attending church.

“People need to see that. They need to see a certain level of transparency because immediately when they see Marvin Sapp they assume that he came out of the womb carrying the Bible, and a mic in his hand.” he said.

“No, he literally lived a tumultuous life; he really struggled in the area of alcoholism and drugs. Later on in life, it affected him, but still, there’s a redeeming and a healing quality that God can have in your life.”

While “church was a part of my core,” it “was absolutely not in me” growing up.

“But God has a way of keeping you connected and keeping you close, until you come into the knowledge of who you are supposed to be in Him, and that’s what happened with me,” he continued.

The film also highlights the relationship Sapp had with his father and how it affected his life for the best.

“My father was my hero in every sense of the word. The reason why I sing today is because my father was an amazing singer when I was a kid,” Sapp explained.

“Even though my mother and father divorced when I was very, very young, my father did something that was amazing. He had a business that was literally a block-and-a-half from our house.”

Having his father nearby, telling him right from wrong helped him to “be a leader and not a follower,” he said, crediting his dad with instilling that in all of the Sapp boys and holding them accountable in those areas.

“When he was around, it was always words of affirmation. If we were acting out of line, and he knew it, there was words of chastisement as well,” the singer noted.

Sapp penned his song, “Never Would Have Made it” after his father died. He was devastated. He joked that his wife “nagged” him until he recorded the tune in 2007.

“I’m very grateful that I did listen to my nagging wife because 16 years later, this song is still very relevant. And now it’s a biopic out of it and we don’t know what else is going to happen because of it,” he testified. “But whatever it is, we’re open to it because we just believe that this is a God moment, and God’s in it.”

The chart-topping song would also be the tune that helped Sapp years later when he lost his wife to cancer in 2010.

“We’re dealing with a lot of anxiety because of COVID. COVID has really birthed anxiety in the lives of so many different individuals through death, or through sickness or what have you,” Sapp told CP.

Following his wife’s death, he and his children went to therapy.

“Whenever I meet individuals who have experienced what I’ve experienced, the first thing I always ask them is, ‘Have you gone to counseling?’ We always talk about praying through, but we never talk about how we need somebody to talk to,” Sapp told CP.

The 11-time Grammy nominee believes that community is absolutely important when going through grief in life, but he also wants to make sure that people understand that, apart from prayer, they should also have somebody to sit in front of clinically trained to help people get through their pain.

When reflecting on his platinum-selling hit, which the film is named after, he said the lyrics were his sincere words to God.

“I was just telling God, ‘The grief that I’m feeling right now, the pain that I’m going through right now, God, I don’t even know how I made it to this point. I never would have made it, I never could have made it without you. I would have absolutely lost it all, but now I see how you’ve been there for me. And after this, God, I am going to be stronger, I’m going to be wiser am going to be better.’ It just happened in that moment after my dad passed,” Sapp recalled.

“Every day I think about it. It is amazing to me that something so simple can have such a massive effect. I never would have, never could have — stronger, wiser, better. That’s the song. That’s the entire song,” he added.

“It’s amazing to me that the song has had the type of staying power that it’s had, that so many people have been encouraged. My hope and prayer is that for everyone who watches this biopic that they will get some encouragement.”

Sapp concluded the interview by saying that there are three messages he wants viewers to remember when watching “Never Would Have Made It: The Marvin Sapp Story.”

He said he hopes that all “remember that the rest of their days will be the best days.”

Along with the film that is now available on TV One, Sapp also has a brand new CD titled Substanceand an anniversary edition of the song, “Never Would Have Made it: The movie soundtrack single.”