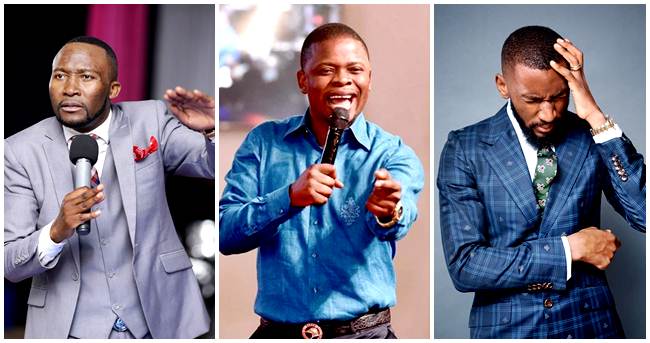 Just barely a week ago, Prophet Passion Java who is based in the United States of America, made the headlines when he prophesied about the death of Prophet Shepherd Bushiri.

Prophet Passion Java claimed that he has seen a vision of South African based prophet Shepherd Bushiri dying in December.

“I am still praying for prophet Shepherd Bushiri, but I saw him dying in the month of December. It’s all in my book, if you have not downloaded it, it is called ‘I have already told you’. I prophesied what will happen from January to December. There are things that I reversed for January”, Java said.

In the evening of November 3, 2019, a Malawian born Senior prophet Justice Hara, who is currently based in the Rainbow Nation and is also the Senior Son of Major 1, has publicly restated to the prophesy came from Java.

On his online broadcast that lasted for 17 minutes on his Facebook page and had attracted over 43, 000 viewers across the world, senior prophet Hara called off the prophecy as being questionable and has no basis.

“Prophet Java you are my friend, I respect your calling, I respect the anointing that rests on you, but what you have just done is questionable, am doubting if this prophecy is from God”, says Prophet Hara.

He further reminded Prophet Java that if he wanted fame and attention from the world he has really found it after his prophecy.

Prophet Hara who is also popularly known as the Game changer further warned Java that his anointing and ministry is under test and he has just pronounced his ending of his ministry.

“I want to remind you prophet Java that I am the senior prophet, am also the senior Son of Major 1 and am the product of his calling. I already know where major 1 is going with his work, I want to tell you that major 1 will not die in December and he will not die soon, come and meet him during the cross over at FNB Stadium in South Africa”, says Senior Prophet Hara.