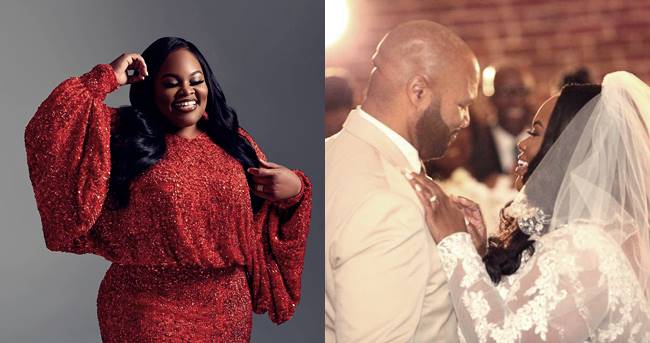 In a recent social media post the 35 year old spoke about her wedding and offered advice for women entering into marriage.

“True Story: I NEVER wanted a ‘wedding.’ I always knew that I would be married, but I was just always turned off by the fanfare surrounding weddings,” Cobbs said on Facebook Friday. “I grew up in a home with both of my parents. Daily, I witnessed the epitome of a Godly marriage.”

The songstress said the while her parents had their ups and downs, they exemplified Christ to her and her brother and were a great example to follow.

“To be honest, in my eyes, what weddings had become somehow seemed to have lost that sacredness I felt marriage represented. So, I was always a little torn, because I knew I would be married, I was just never certain of what the ceremony would be,” she added.

Cobbs noted that when she and her husband began discussing marriage they decided to make their wedding what they wanted. She said her best friend and others thought she would have the traditional “magical, fairytale, wedding,” but despite others wishes they wanted something different.

“When Kenny and I began having conversations about marriage I took my brainstorming to the maximum level! I thought, what represents who we are? Worship, prayer, fun, laughter, and family! So why can’t our ceremony be just that? We both agreed on this approach,” she said.

Finally, Cobbs revealed why she decided to publicly share her own journey.

“This post is for the single girl or bride-to-be who is struggling with ‘who’s gonna be upset if I don’t?!’ … Be freed! You don’t have to spend your last dime to prove anything! Your marriage is a covenant between you, your spouse and GOD! Do what makes you happy!” she said.

The Georgia native ended her post by reflecting on her wedding photos. She celebrated that they planned the wedding they wanted despite the pressures of the world around them.

“Looking back at these pics. I’m soooooo glad we did it how we wanted to do it! I wouldn’t change one thing! Just felt like sharing the #thoughtsfromtashascouch behind the private ceremony of #leonard2infinity