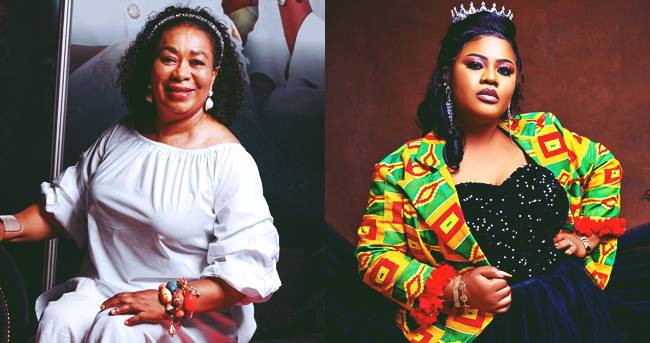 Gospel artiste, Obaapa Christy has apologized to musician Stella Aba Seal after the former was accused of not seeking permission before including the veteran in her 20th-anniversary celebration.

This is after Stella Aba Seal’s manager took to social media to issue a disclaimer stating that they knew nothing about Obaapa Christy’s flyer which indicated her participation in a 20th-anniversary concert. 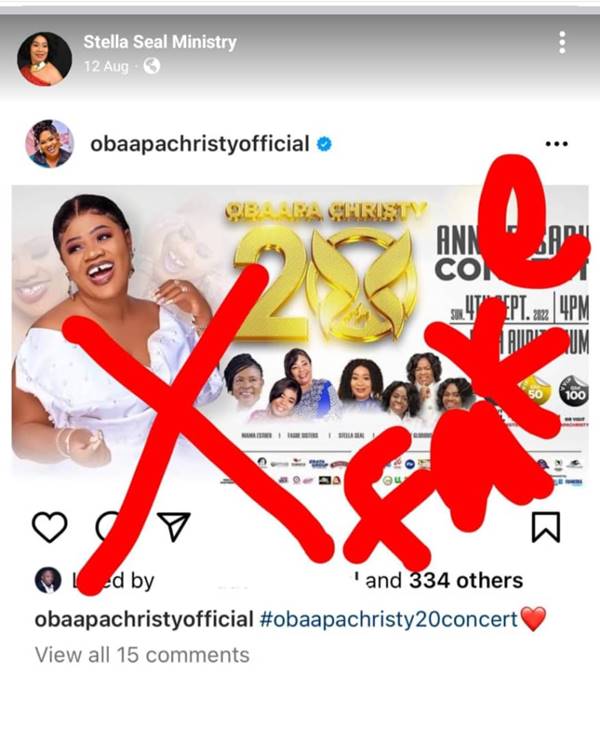 Reacting to it for the first time on Daybreak Hitz with Doreen Avio, Obaapa Christy apologised to her colleague and her team for not informing them first before publishing the poster.

“First of all, Stella is a veteran, I am her daughter and I apologize for my mistake. If you explain things too much you might end up making too many mistakes. I had good intentions for what happened but it tuned out bad. I appreciate and respect Stella so much,” the ‘Wagye Me’ hitmaker said.

Explaining further, Obaapa Gifty revealed that her plan was to honour some veteran Gospel musicians who have worked hard to sustain the music industry for young ones like herself. 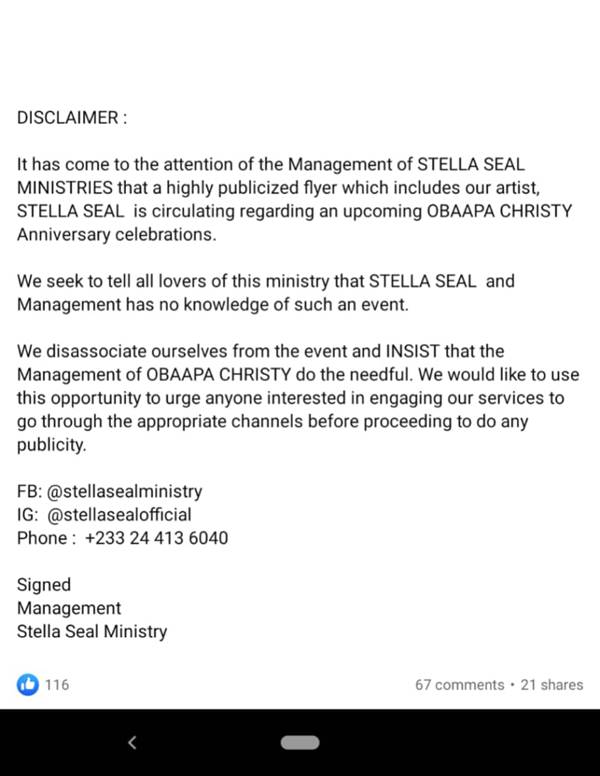 She added that failure to seek permission from Stella Aba Seal was an oversight especially since she was busy due to the event preparations and the outdoor of her new restaurant.

“I had plans of honoring some veteran musicians. It was never to only bring them for performances but it was just an oversight as I had already reached out to the majority of the male musicians who had already agreed to these plans,” she explained.

Obaapa Christy also stated that God understands things better and know why they happen in our lives. Quoting the Bible, she urged Christians to accept things the way they are, whether good or bad.

“Even though I didn’t call Stella’s team, it was not with a bad intention, I had told her my real intentions, I am sure she would have thanked me for planning to honour her, “ she said.

She used the opportunity to apologize to Stella and her team.

“I am sorry, I am sorry if I wronged you. There is a saying that if your child urinates on your lap, you clean it, you don’t cut the leg off, you wipe the urine, but in this case, my mother cut her leg off but in all I love her, it’s all part of life. So please Obaapa at 20 is not fake.”

She also called on fans and loved ones to support her on the 4th of September to celebrate her hard work and for touching lives in the industry for the past 20 years.