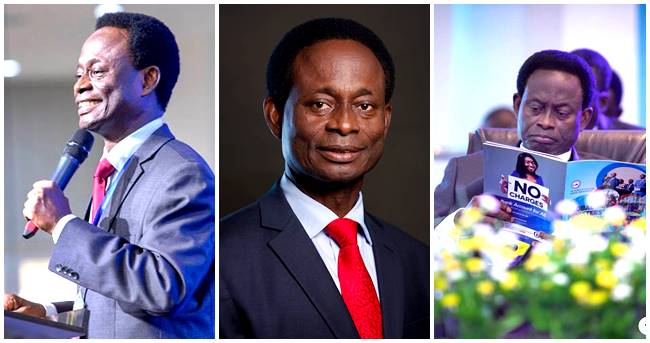 Chairman of the Church of Pentecost, Apostle Professor Opoku Onyinah has warned government that any attempt to legalise homosexuality in the country will be met with a fierce resistance.

According to him, if pressure from the West for the country to legalise homosexuality continues, he will lead thousands of his congregants on a nationwide demonstration to fight the government.

Speaking at the church’s 43rd General Council Meeting on Wednesday, May 2, 2018, Apostle Onyinah said “the call to legalise homosexuality, LGBT, by some leaders of the Western world must be seen as neo-colonialism and must be condemned at the highest level. We do not accept this as an aspect of civilisation.

“Africans must see ourselves as people who are matured and know what is good for us and our people. The church in Ghana will continue to reject and oppose this and we are prepared to demonstrate against this if pressure continues to mount on our leaders,” he added.

The UK Prime Minister Theresa May told President Akufo-Addo and other African leaders attending the Commonwealth heads of government meeting in London recently that it is wrong for homosexuals to be persecuted for their sexual orientation.

According to her, the UK government was willing to help other African countries reform their laws and embrace homosexuality.

The comments by the British Prime Minister compelled the National Coalition for Proper Human Sexual Rights and Family Values to declare that it will oppose any attempt at legalizing homosexuality in Ghana.

Speaking on Starr Chat on Wednesday, popular Ghanaian media personality Akumaa Mama Zimbi alleged that some Members of Parliament, Pastors and Chief Executive Officers (CEOs) in the country are deeply rooted in the practice of homosexuality.

According to her, “Homosexuality is satanic…God didn’t create man and man, but man and woman,” Mama Zimbi said Wednesday, adding “there are men of God, CEOs…and MPs who are into it.”