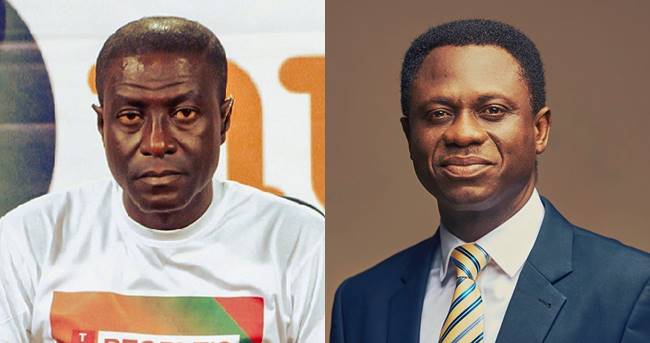 Blessed Godsbrain Smart (Captain Smart), host of Onua Maakye and a member of the Church of Pentecost has asked the leadership of the church not to ask congregants to increase their offerings and tithes to meet their annual budget anymore.

He says the leadership has chosen to prioritise the National Cathedral over the welfare of the church members, therefore seeing no reason to ask the members to contribute more offerings and tithes.

His comment come on the back of an additional One million Ghana Cedis (GH₵1 million) the church has donated for the construction of the National Cathedral.

Despite $304 million spent so far on the project, the National Cathedral is still in limbo as only a foundation and pillars are found on the site.

The National Chairman of the Church of Pentecost, Apostle Eric Nyamekye has written to an Area head of the church at Downtown Ofaakor to increase their contributions to meet their annual budget despite the impact of the Covid-19 and Russian invasion of Ukraine.

Even though Chairman, according to Captain Smart has said in a video to that the church’s offering would not be used ti cater for the members and those who can’t bear it can leave the church, he still led the leadership to donate a million cedis towards the National Cathedral whilst its members suffer.

In view of the above, Captain Smart has described men of God as more corrupt than politicians, with the former plying on the emotions of the masses to extort them under religion.

“Pastors are more corrupt than politicians. They are plying on the emotions of people to dupe them. We need a knowledge economy where people think rather than a religious economy.

“God bless you Chairman for donating extra one million for making a total of 1.7m Cedis towards the Cathedral. We’ll continue to pay the tithe and offering for you to waste them for us. But don’t write to us to increase our tithes and offerings again.

“Meanwhile, people are being evicted from their rooms and the church isn’t doing anything about it. The Chairman has said they won’t use the church offering to help the members in the church and those who can’t contain it should leave.

“If after all the monies wasted on the Cathedral where we have nothing to show for, but still donate the 1m to them, then you’re corrupt.

The well revered pastors have sold their wisdom to politicians and they’re killing people in this country. Tell the pastors to speak and stop the corruption with the politicians. You guys (Members on the Board of Trustees) cannot account for the monies given so far and yet you’re asking us for more. People need GH₵200.00 to sell groundnut and ain’t getting yet you want us to contribute more,” he ranted.