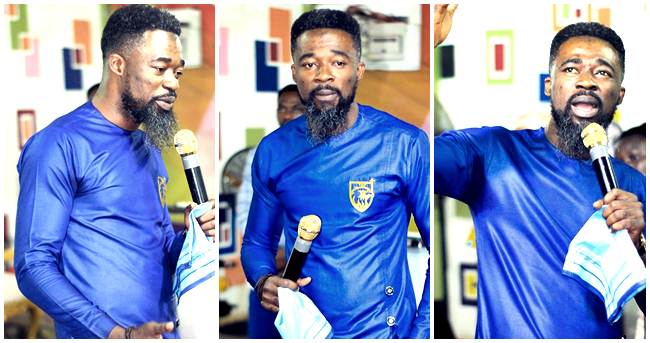 The prophet revealed that the disaster, if not prayed against, will be more grievous than the unforgettable 2015, June 3rd catastrophe that occurred at the same location, claiming lives of over 200 people and causing damages to properties.

The Eagle Prophet as he is popularly known made the revelation in an interview with DJ Nyaami on SVTV Africa.

Divulging the cause of disaster about to befall the nation the man of God explained it is as a result of ‘occultic’ activities which have taken place at Circle.

“Some of them stood there and they bathed. They bathed with water from corpses mixed with sand fetched from a cemetery,” he said.

“The same thing happened when God revealed an incident at the Accra Mall to me, God sent me to pray around the mall. I was vilified by leaders and colleague pastors for that. But two weeks after, on the time and day God gave me at 11:30 Am, we were all witnesses to what happened at the mall,” Referring to an incident where a portion of the ceiling at the mall caved in injuring some three people.

The Eagle Prophet further gave a “prophetic direction” which is needed to be followed to stop the disaster from occurring.

“They should raise seven bottles of communion wine to the heavens whiles offering thanksgiving to God during sunrise and pour the wine around the place. This will be representative of the blood which will be lost to the impending disaster and God will intervene.” He said.

The Kumasi based prophet has been credited with predicting some disasters that have occurred in the country, including an accident at the Kintampo waterfalls in 2017 when some people largely made up of students of the Wenchi Methodist Senior High School were crushed to death by the sudden fall of rocks and trees into the waterfall in which the revellers were swimming in.