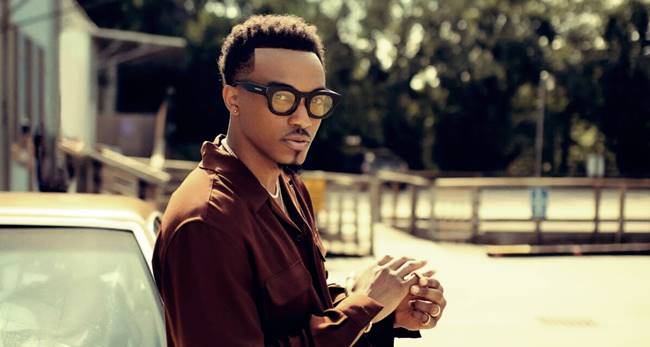 Jonthan McReynolds has had an amazing 2022. He has been on tour with Maverick City Music and Kirk Franklin.

He just brought home multiple Stellar Awards and he just released his newest single “Your World” which you can listen to below:

The Grammy-winning singer stopped by the Get Up Church to talk about the meaning of his new album and the newest leg of his musical journey. A new album is coming soon and it could feature some of Gospel Music’s biggest stars and more.

JONATHAN MCREYNOLDS: Yeah, man, that’s gonna be an amazing thing. Even if we link up with another label as well, the fact that I’ll finally be able to be signed to my own is pretty cool. Right now Doe has been holding it down. Doe’s been doing amazing. Yeah, she killed it at the Stellars, doing so well, and so many ways that she’s happy. You know, learning of course she is and figuring it out and it means the world to me.

ERICA: Listen, so you wrote this album, this new album, you did it while you were on tour. And a while back, we saw you posted a video of Marvin Winans so he’s going to be on the album?

MCREYNOLDS: I mean, that’s the plan. And he certainly killed it. Yes, I mean, you know, unless some changes. No, he absolutely killed it. And I honestly, I gotta tell you, this new album, I think is gonna be my best one. Now there’s, you know, this always not up to the artist at all. You know, I really, I really am so proud of it. Just it the production, the songs, the thought behind it. I mean, honestly, you get older, you kind of get humbled by life. And so the way you look at God, the way you look at life is different. You realize, you can’t trust in your own stuff. You have to understand that God’s in charge of this and honestly, it’s his world, which is living in it.

ERICA: I love it. We saw you in “Favorite Son.” Will there be more acting in your future?

MCREYNOLDS: You know, then sort of funny that the whole sentence take it back because this is really hilarious. But um, yeah, I mean, it seems like we might even get a sequel to that. Few other things that are happening. It was such a it was a successful movie. And it’s crazy, because I think even crazier than me having a singing career is me having an active one. We’ll see what happens. But it looks like there might be a few more things happening.

GRIFF: Man, why didn’t you play in a basketball game during the Stellar Awards, homie? Then you came out to half and had everybody all excited and left?

MCREYNOLDS: Yeah, man. I mean, that’s not my fault that was the scheduling we had going on. I had a banquet. I had a thing that they were honoring me and they call me trailblazer and all this other amazing stuff. At the album, shoot video shoot that day. So you know, I came, I really didn’t expect that it would be halftime I thought I might actually come in during the third or fourth quarter and actually play for a second. But I knew I had to leave.

ERICA: Listen, Jonathan, before you go. If you could leave a message to encourage someone today, what would it be?

MCREYNOLDS: You know, what I have been trying to live in resting understand is the rest of God. Like just living in that rest living in the fact that he’s already finished the work. Seriously, not even trying to promote the song. This is his world and we’re just living in it. Keep walking, keep doing what you’re supposed to do. Understanding that if we steward what God has given to us as best as we can. I just believe he’ll take care of the rest. Just trust him.