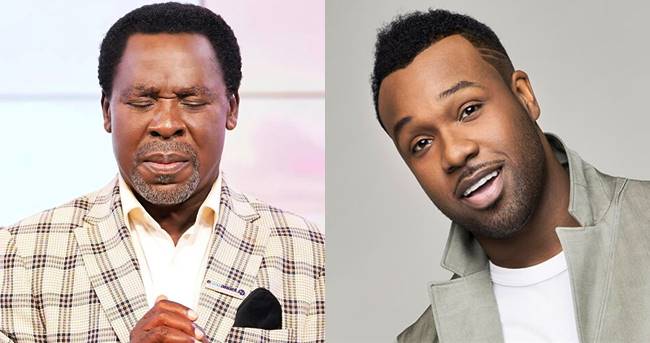 Nobody Greater’ singer and songwriter, American Gospel artist, VaShawn Mitchell has shared his artistic encounter with his ‘Big Brother’, Prophet T.B. Joshua in Mexico in 2015 was greeted with a prophecy.

“God is going to bring you before great men but you have to forgive your father”, the Prophet said.

These words from the Prophet hit him with a shock as he had just united with his father for the first time shortly before his trip to Mexico.

Mitchell, who grew up not knowing his father, said he shed tears as he had never met the Prophet before nor talked to him about the animosity that he harbored growing up without a father.

“Since that day, it was a trusted relationship as a big brother, a friend, a Prophet, and a Man of God, that I was connected with and forever”, says Vashawn.

The two-time Grammy-nominated gospel artiste recalls how the Prophet would show him some music lyrics he had composed.

He remembers the Man of God’s brotherly love towards him.