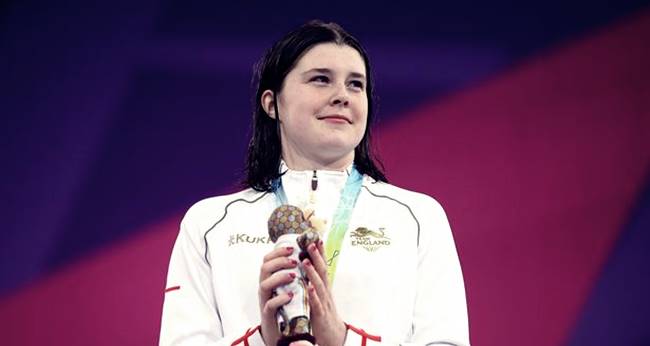 After fighting her way to a gold medal at the Commonwealth Games, Andrea Spendolini-Sirieix has told fans that her win was inspired by a Bible verse.

The Christian diver has been outspoken and unashamed about her faith on social media.

Shortly after her win, she took to Instagram, saying that Mark 4: 37-41 had inspired her journey to gold.

She said: “Mark 4: 37-41 – Peace by still. This was the title for my competition yesterday. Peace of mind and stillness of water.

Although the 17-year-old is notable in her own right, her famous father also attracted some attention at the Birmingham competition.

Andrea is the daughter of First Dates star Fred Sirieix, who has previously stated he is “not at all a religious person”.

Andrea was named BBC Young Sports Personality of the Year in 2020.

At the end of 2021, she reflected on a mega year – which included a trip to the Tokyo Olympic Games – with an Instagram post saying: “From the most amazing support team and family, to achieving my childhood dream, I truly am blessed by God.”