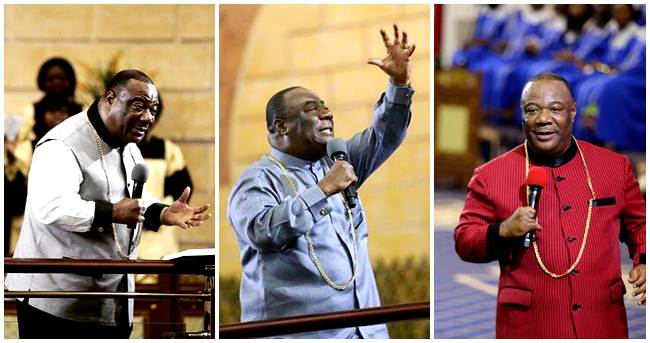 The Presiding Bishop and General Overseer of the Action Chapel International (ACI) Arch Bishop Nicholas Duncan Williams has revealed that there was once an assassination attempt on his life.

The powerful and charismatic man of God failed to mention who were behind the botched plot to kill him and for what reason.

The Archbishop, who was named by the New African Magazine as one of ‘The 100 Most Influential Africans’ in 2017, in an interview on Metro TV’s Good Evening Ghana show Tuesday, disclosed that the Holy Spirit revealed to him what was to befall him a day before the scheduled day for the attack to be carried out.

The Archbishop, who became the first non-American to lead the prayer for the incoming President and Vice President of the United States during the inauguration, added that he escaped the assassination attempt supernaturally.

“I was subjected to all manner of situations even an assassination attempt on my life was made and I escaped supernaturally. I came out of it but the plot was there and the only reason why I escaped it was because the night before we were praying and the Holy Spirit said they are coming for you tomorrow at 8:30 pm and then before 8:30 somebody came and told me that I’m one of those assigned to take your life but I can’t do it.

“These are things I’ve never talked about so when I’m talking about the culture of Ghanaians and the things that destroy and I’m telling you as a spiritual man that it is a spirit in this country and among Africans which destroys our own and it needs to be confronted and we have to be deliberate about it,” he said.