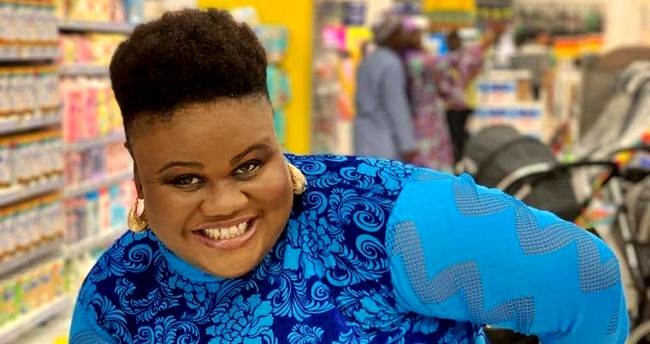 ‘Kolo’ Mentality to Compare Old & New Gospel Acts – Nhyira Betty : IN recent times, music lovers and stakeholders have bemoaned the quality of Gospel musicians on the scene now and the kind of songs they churn out.

Critics compare the new crop of artistes to veterans such as Professor Kofi Abraham, Daughters of Glorious Jesus, Tagoe Sisters and the new ones are always found wanting, accused of lowering the standards set by their predecessors.

However, this accusation is one that Kumasi-based Gospel artiste, Nhyira Betty is not happy about. Sharing her opinion on the matter in an interview with the Graphic Showbiz on Tuesday, October 29, the Omanfra Ni singer said people with “kolo” (archaic) mentality held such views.

“People make very interesting comments that the new generation of Gospel acts are loud and we make no impact with our songs and for me, some of these comments confirm the ‘kolo’ mentality of the critics.

“The world is not static, it is dynamic and the ways of doing things are changing as the years go by. Since the world is always evolving, there is nothing wrong if how we used to present Gospel music is changing.

“People don’t expect us to stick to the old ways of doing things because what is most important is that the messages of our songs don’t contradict the Christian faith. If they don’t, then there is no basis for the condemnation of the new generation of Gospel artistes,” she stated.

According to Nhyira Betty, who is a mother of five, even though such comments don’t discourage her since she’s convinced about the path she has chosen, the faultfinders must understand that God selects people for every generation.

“Even in the Bible, which we take inspiration from, there was nowhere that God was said to have used a particular person or prophet every time. He raised new prophets or servants for every generation or for seasons and times and their missions were different.

“I believe that is same with Gospel artistes, we can’t all act, write or even minister the same way. Even the God we all look up to is not a one way God so why do we want to limit our music presentations?” she asked.

Having backed the likes of Ernest Acheampong and Nana Yaa in the 90s, Nhyira Betty, real name Betty Adwoa Serwaa Yeboah,unveiled herself with the release of her debut album, Apam Adaka in 2016. Her other albums are Sunsum Boafo and Altar Call.

With over 10 years experience and a large repertoire of songs such as Omanfra Ni and Berima Ena to her credit, Nhyira Betty said she was happy about the progress of the Gospel fraternity.

She stated that despite the notion that the Gospel industry was not vibrant anymore, the financial rewards and massive patronage of Gospel events recently were worth mentioning.

“My evaluation is based on the numbers Gospel artistes attract at various events. In previous years, it was difficult for us to fill huge venues such as the stadium but that is not the case now. Today, Sonnie Badu, Joe Mettle among others have filled stadiums in the country and that is definitely good,” she said.