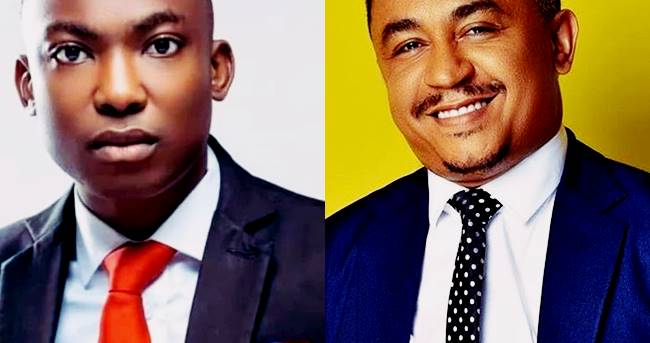 This comes after the pastor via his Facebook page some days back said his mother kneels down to welcome him to her office.

Pastor Blessed Agochukwu revealed that when his mother’s colleagues told her she shouldn’t be the one kneeling for him, she told them that she might be his mother physically but spiritually he is her father.

He further advised his followers to treat men of God with respect in order to receive God’s blessings attached them.

He went on to say that people who want to benefit from the anointing of prophets have to receive the prophets well.

Reacting to the statement, Daddy Freeze via his Instagram on Friday wondered when things got so bad that men of God now pride in ridiculing their mothers.

The former broadcaster further maintained that his mother, a professor of Law and current Vice Chancellor of a university do not kneel to greet him.

He wrote: “How did we devolve into this? I don’t know about you o, but my mother is a professor of Law, current Vice Chancellor of a university, so why should she kneel down to greet me?”