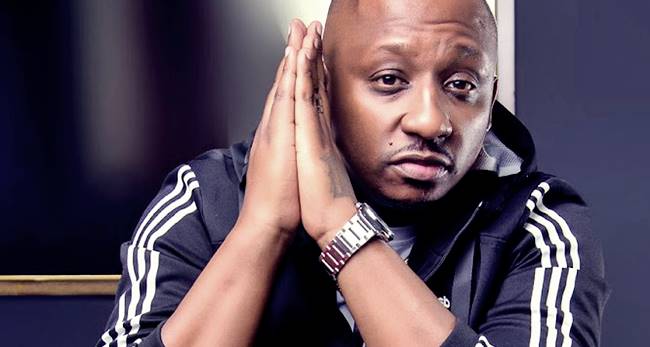 Veteran Kenyan artist turned preacher Simon Kiman popularly known as Bamboo revealed some secret about his past that left many shocked.

Bamboo had an interview with Tuko where he revealed the reason he ditched the secular muaic industry and decided to spread the gospel. In his narration Bamboo explained that he was offered money and fame if he agreed to join the cult that he claims many popular musicians are part of.

There was however a voice in his head that held him back from engaging and agreeing to join the movement. Bamboo goes further to explain that after declining things did not go easy on him as nothing was working for him at the moment.

He however had a conviction that he was called for a different mission and purpose and it is in search of that purpose that he found God and never looked back.

Bamboo is the elder brother to popular Nigerian based Kenyan artist Victoria Kimani. In a past Q&A session with her fans Victoria Kimani revealed that there was no plans for her to release a song with her brother since the brother was no longer doing secular music like her.

In 2013, Bamboo – who is famed for his Compe mega hit – revealed that he had seen the light and decided to give his life to Christ.

He noted that he was done with secular music, adding that his salvation came as a result of a dream that he had about Jay Z and Beyonce.

Bamboo revealed that in the dream, he was attending a concert by the two top American musicians when the earth suddenly opened up and swallowed him.

He explained that the Westgate shopping mall terror attack that resulted in 71 deaths cemented his decision because he had been praying about it for some time.

“There is a fight within me between the devil and God. But now I have a clear understanding of what goes on in the world and I refuse to work for the devil,” he observed.

In 2019, Bamboo became the talk of the town after claiming that he had been initiated into the Illuminati by a lady who is known as Crystal who was his girlfriend at the time.

Apparently, he agreed because he thought that the cult would help him get deals that he was missing out on.

“I was introduced to the Illuminati by my then Girlfriend, her name is Crystal, who was half Italian and half Jamaican in order to get a deal,” Bamboo stated.

The rapper’s wife, Erica Mukisa, has a story that is similar to Bamboo because she had a dark past before she finally saw the light.

Mukisa, who hails from Uganda, wrote a book titled A Story of Hell, Witchcraft and Family: Erica Part One, Seven Years in Hell revealed how she struggled with witchcraft and sorcery at an early age.

In the book, she detailed how her grandmother introduced her to the dark powers of the underworld and how she shared a bed with snakes.