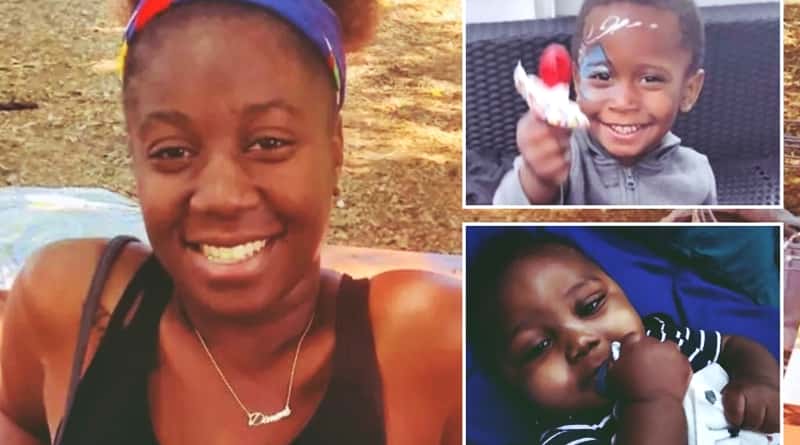 Heartbroken relatives of the 11-month and 3-year-old boys found fatally stabbed in an overflowing Bronx bathtub say their mother Dimone Brenda Fleming, suspected of killing them, is obsessed with demons.

Cops believe the boys’ mother, Dimone “Brenda” Fleming, stabbed them to death. Fleming, 22, is undergoing psychiatric care and has not yet been charged.

Octavius and his 3-year-old sibling, Daishawn Fleming, were found repeatedly stabbed in the neck and torso Saturday night in a family shelter on Echo Place near the Grand Concourse in Mount Hope, police sources said.

“She thought the kids were devils. She said she was afraid of them,” said Casey Canada, who looked after both boys and raised their father, Columbus Canada, like a second mother.

But Casey Canada was baffled why Fleming would allegedly take her children’s lives.

READ THIS: New York Pastor Issues Strong Warning to Vanessa Hudgens: ‘Satan is On a Mission’

“She definitely loved them for sure,” Casey Canada said. “That wasn’t fake.”

Dimone Brenda Fleming, who goes by the nickname “Brenda,” clashed with her own relatives and Canada’s family, Casey Canada said.

“There wasn’t a moment I was around her she wasn’t loving with the children – but with adults she could change in a moment,” the great-aunt said. “She just snapped.”

Police were initially called to the scene because Fleming was acting erratically but didn’t find the young children, who were submerged in a bathtub covered with clothes and a bed sheet, sources said.

Octavius’ father, Columbus Canada, arrived minutes after police left and found the youngsters, then desperately tried to revive them before police returned.

Columbus has three other children from prior relationships who were all close to the murdered boys, his mother said.

“How is he going to tell them? They’ve gotten close to these other children, to their brothers,” Hill said. “They can’t understand.”

“(Columbus) is not doing well at all. He can’t get over the fact that she did this. He don’t even understand what happened. Who would do something like this?” Hill added. “The whole family is like, ‘Why?’ If you got a problem, you could have said something to somebody. You don’t have to expletive kill the kids.”
Canada works dutifully to support his children, Hill said, and his family barely had the chance to get to know little Octavius.

Casey Canada helped raise her nephew Columbus, describing herself as like a second mom to him, and enjoyed visits from him and the two slain boys.

Hill said she didn’t want to speculate on Fleming’s motives.

“I don’t know and I don’t care. All I know is that my grandkids are expletive dead,” she said.
“They shouldn’t have died. That shouldn’t have happened. And her expletive ain’t dead. She should have killed her own expletive self.”