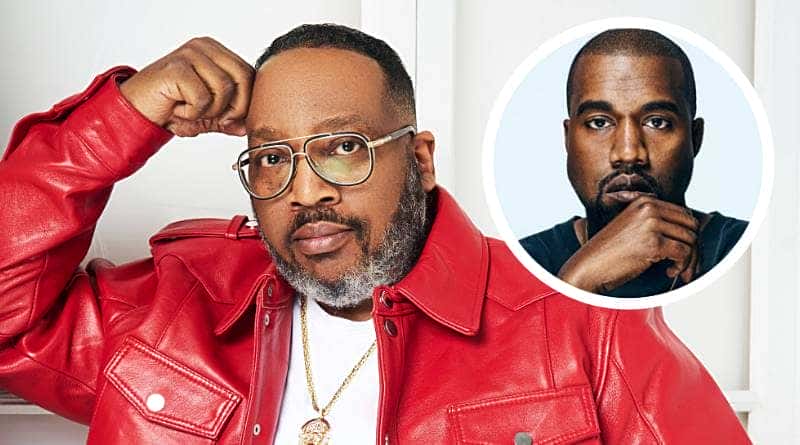 Grammy-nominated gospel singer and songwriter, Bishop Marvin Louis Sapp Sr., had a few things to get off his chest during a Vlad TV interview about Kanye West and his spiritual efforts.

In a clip from the 18-minute conversation, Sapp answers a question about West receiving the 2021 Grammy award for Best Contemporary Christian Music Album amid gospel artists who not only “do this for the genre but as a lifestyle.”

The Michigan native mentioned that initially, he didn’t have an issue with West’s win, but after thinking about things, he finds it “unfair.”

“Do I think it’s fair? Now that I think about it, it’s not. I don’t think that it’s fair at all,” he said. “What happens is, it ends up eclipsing those of us who really do this for the genre and as a lifestyle.”

He added,” It’s kind of wrong for me to say it like this but I’ve been nominated for everything. I’ve won more awards than most people will ever win. So I’m cool with it, I’m like ‘Hey whatever.’ Maybe I’m cool with it because I’m looking at it differently, but I can absolutely sympathize with up-and-coming artists when you look at Billboard and Kanye’s whole record is like 1-40 of our genre [Gospel].”

The bishop then brought up an example of Lil Nas X making the country-rap song “Old Town Road” but yet being “left out of all the CMA stuff.”

X actually did make history as the first openly gay performer to win Musical Event of The Year at the 2019 Country Music Association Awards for “Old Town Road (Remix)” featuring Billy Ray Cyrus. However, he was neither acknowledged nor nominated as a country artist.

Sapp also spoke about how easy it is for secular artists to cross over into Gospel and thrive. “Gospel music is the only genre that allows people from outside of if it to do records and be nominated in its genre,” he expressed. “As a Gospel artist I couldn’t do a Hip-Hop song and be nominated in Hip-Hop”.

Further in the clip, Sapp said: “Only in Gospel can you be a Hip-Hop artist, R&B artist and be nominated in our genre. So a lot of our people get offended that have done and are doing Gospel, when people from outside our genre get the opportunity to be nominated for awards in our genre.”

The 55-year-old offered the theory that West was accepted into gospel music because if not, the genre as a whole would look like it’s not practicing “Christian” values. But he did make it clear that, to him, West is “not a Gospel artist,” and that “he’s Hip-Hop.”

“Just because you do a Gospel song doesn’t make you a Gospel artist,” he declared.

Check out Marvin Sapp’s full interview with Vlad TV below.