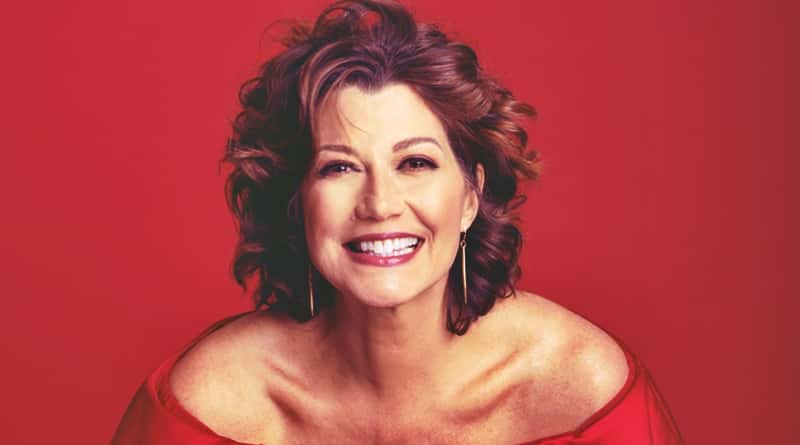 “There are stories of tenacity, stories of faith, stories of unfettered creativity and stories of endurance,” actress and 2002 honoree Chita Rivera said at the event, according to Religion News Service.

“Tonight, we broaden that spectrum to include, for the first time ever, a contemporary Christian music artist, Amy Grant,” she added. “In her amazing 40-plus years, Amy has logged success after success without ever compromising her faith or her individuality.”

Grant, who has won six Grammys and more than 20 Dove Awards from the Gospel Music Association, was named a Kennedy Centers honoree alongside actor George Clooney, singer Gladys Knight, Pulitzer Prize-winning composer Tania León and the Irish rock band U2.

During a red-carpet interview ahead of the event, Grant said she hopes to live up to the honor of representing the Christian genre.

“Well, I’m a little bit of a rascal; I hope I do them proud,” she said, laughing.

The pop singer also recently resumed a postponed tour after suffering a bike accident in July that left her briefly hospitalized. Nowadays, Grant says she is “doing well” and is happy to be back on tour and to be able to make it to the Kennedy Center.

“I felt like I was feeling really confident on my two-mile-an-hour treadmill, and then I merged onto Interstate traffic,” she said. “Just did my first show last week. And this has been such a beautiful way to reengage.”

Grant became the first CCM artist to top the pop charts with her song “Next Time I Fall.” The song was performed as a duet with Peter Cetera of the band Chicago in 1986. Grant rose to further fame with her hit single “Baby, Baby” from her 1991 platinum album “Heart in Motion.”

On Sunday’s event, singer-songwriter Sheryl Crow performed “Baby, Baby” in honor of Grant, whom she cited as a musical influence growing up.

“Amy Grant’s music had a profound effect on me as a young college student,” Crow said. “Her music was a staple with her deeply soulful voice and her uplifting message of hope and faith.”

“Amy also taught me that it was possible to be funny, irreverent and Christian all at the same time,” she added.

According to Variety, a number of actresses, music artists, and politicians were in attendance, including president Joe Biden and first lady Jill Biden, as well as Vice President Kamala Harris and second husband, Doug Emhoff.

House Speaker Nancy Pelosi was also in attendance with her husband, Paul, who made his first public appearance after he was assaulted in his home last month.

Biden also honored the Kennedy Center honorees during a reception at the White House.

The Kennedy Center Honors, which lasted over three hours, will be televised on CBS at 8 p.m. EST/PST on Dec. 28.