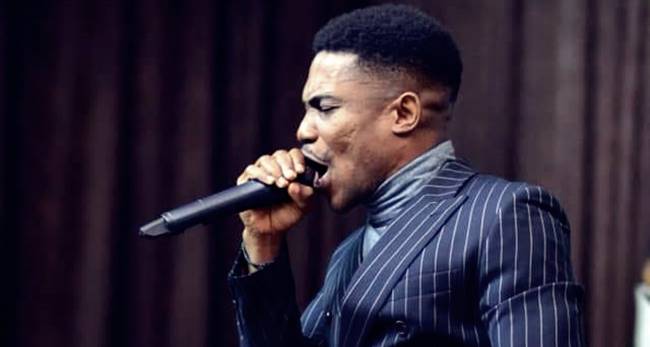 Jerry Eze, pastor of Streams of Joy International ministry in the Nigerian capital Abuja, did not expect that he would go from preaching at the pulpit to running a lucrative YouTube channel.

He reportedly started with a few posts during COVID-19, when he live-streamed his sermons in hopes of encouraging people who were anxious about the pandemic.

Pastor Eze’s YouTube videos steadily gained traction, which encouraged him to continue posting prayers and words of hope for his followers.

His YouTube channel eventually became such a hit that he began monetizing it.

He also reached a staggering number of subscribers, usually reserved for celebrities and influential YouTubers.

Pastor Eze’s YouTube Channel by the Numbers:
Based on a report from CNN, Eze’s YouTube channel, New Season Prophetic Prayers and Declarations (NSPPD), currently has 880,000 subscribers.

According to data by Playboard, the Nigerian pastor has over 90,000 “peak concurrent viewers,” and is number two worldwide among all Gospel YouTube channels with the biggest live viewers.

From his first post three years ago to his current YouTube entries, Pastor Eze’s channel has reached over 122 million views.

These views translate to significant earnings for the ‘accidental’ YouTube star.

Aside from the steady earnings from his YouTube viewership, Eze also cashes in on donations from his online followers.

The article explained that the Super Chat platform allows subscribers to “pin” their messages on Pastor Eze’s live streams.

YouTube charges a certain amount for those pinned comments, which range from $1 to $500.

‘An Accidental Online Star’
“It wasn’t a goal to reach the world. During the (peak) of COVID, there was a palpable fear everywhere and I noticed that a lot of my church people were very scared of coming around the church,” CNN quoted him saying.

In response, Pastor Eze and his wife, Eno, started uploading daily YouTube videos in which he rallied people to have faith and fight fear amid the raging pandemic.

“I just wanted to speak hope,” CNN quoted Eze explaining what motivated him that time to start a YouTube channel.

In his videos, Pastor Eze regularly ‘prays over’ stacks upon stacks of prayer requests sent by followers from different countries.

His manner of delivering his prayers is what draws people to continue watching his videos and donating via Super Chat.

Pastor Eze also reportedly has video proofs to show that his prayers work for those who have sent him their requests.

The CNN article noted that the pastor’s online followers send him testimonials claiming the pastor’s prayers worked for them.

The pastor explained that the testimonies are “strange acts of God,” which include pregnancy after years of inability to conceive and recovery from deadly illnesses.

The report noted that 40-year-old Eze said those cases are beyond what science and technology can explain.

Pastor Eze has two children with his wife, Eno, a fellow pastor.