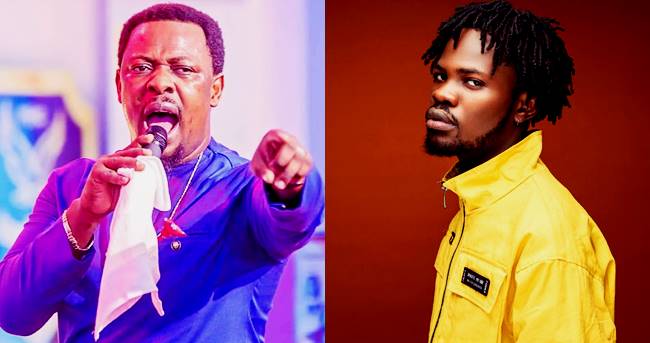 Prophet Nigel Gaisie has called out Fameye for not coming back to say ‘thank you’ for how he prayed for him to become successful.

According to the Ghanaian man of God, the ‘Nothing I Get’ singer was not popular when he met him but he became a superstar after he laid hands on him. Nigel Gaisie disclosed this whilst wishing Famaye a Happy birthday.

“I prayed for him to be big by the mercies of God, coming back to say thank you, Jesus, bless you Prophet of God is even a problem,” he wrote in a Facebook post.

In the post that came with Fameye’s photo, he added that “It’s your birthday, I pray for you in that you will give God his due and appropriate people who as it were, helped you on your way of becoming who you are now; Fameye…PNG”.

Fameye has not yet responded to the post. The award-winning Ghanaian singer shot to fame in 2019 after a video of him singing his “Nothing I Get” video went viral. The singer has gone on to become one of the best songwriters in Ghana.

Once commenting about his success, Fameye disclosed that he was ‘grass-cutter’ in my girlfriend’s house.

The Ghanaian singer and his girlfriend, Bridget Agyemang Boateng, now have two children together. Talking about life before he met his lover, Fameye recounted how women use to reject him because they rated him below their standard.

According to the ‘Praise’ singer, he used to weed the house of his current girlfriend so he could earn some money to take care of himself.

“The house my girlfriend comes from, I have worked as a ‘weeder’ there before. At that time, she wasn’t staying there but I knew her. The house was just in my area,” Fameye disclosed during an exclusive interview on Hitz FM.