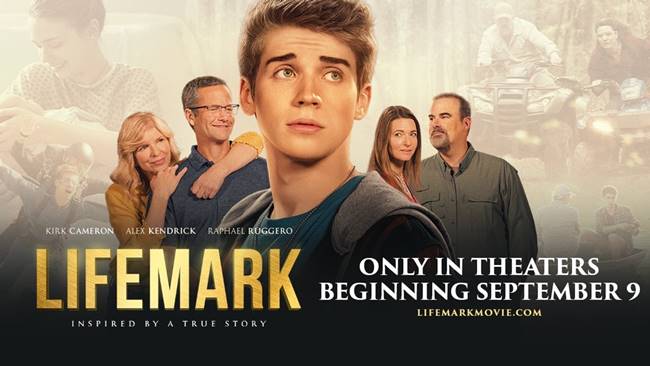 The Kendrick Brothers and Kirk Cameron announce the upcoming release of their new movie, LIFEMARK.

One decision, one choice, can impact so much more than one life—that’s the heartbeat of LIFEMARK, the new movie coming to theaters beginning September 9. Executive producers Kirk Cameron and the Kendrick Brothers are back together for the first time since Fireproof!

Long before the Supreme Court’s ruling, plans were in place for the filming and release of LIFEMARK in theaters across the country, beginning September 9. Now you can let others know your choice is to see this life-affirming movie when it’s in theaters.

Movie Synopsis:
David’s comfortable world is turned upside down when his birthmother unexpectedly reaches out to him, longing to meet the 18-year-old son she’s only held once. With the encouragement of his adoptive parents, David embarks on a journey of discovery that leads to a staggering truth from his past. Inspired by an incredible true story, LIFEMARK celebrates the incredible gift of life.