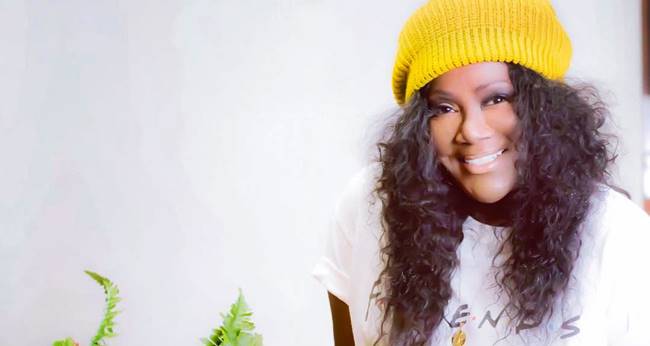 Calling herself a “pioneer” in high-level prayer and pointing to her decades of experience as a minister of the Gospel, televangelist and self-proclaimed prophetess, Juanita Bynum, defended her $1,499.99 price tag for a four-week intensive prayer course, and dismissed criticism she has been facing online over it as an “insult.”

“I’m not going to insult myself to even discuss the price. It’s an insult to who I am after being in ministry for over 50 years and for I know, at least 35+ years have done nothing but been a pioneer in the things of prayer and helping people to understand prayer and letting them watch me doing [it] so that they can know that there is different dimensions and different levels to prayer,” the 63-year-old Bynum declared in a Facebook Live Broadcast addressing the controversy last Thursday.

“And how do I know that there are different levels and different dimensions? Well, it’s simple. It’s called results. When you get the results, you know the person absolutely knows what they are doing. And that’s what I want to do,” Bynum said.

The course, which starts on Oct. 6, will accommodate 150 people and feature seven two-hour sessions of intensive teaching at an undisclosed location in Atlanta, Georgia. Course registrants will also receive a tote bag, a binder, a prayer shawl and sacred anointing oil, as well as a Q&A at the end of each teaching session with Bynum.

Bynum’s response last Thursday came a day after Chicago-based internet preacher and U.S. Army veteran Marcus Rogers talked about the course with his nearly 1 million followers on Facebook, calling the $1,499.99 price tag, which is a discount on its regular $1,999.99 price, “outrageous.”

“As you guys know, I never charge to travel and preach and I never charge for classes. I feel like God freely gave it, so I freely give it to help His people. I know there were a few pastors who don’t like that I do that because I teach everything they charge for free. So I want to hear y’all hearts on this. I just think this is outrageous,” Rogers wrote.

The post attracted more than 3,700 comments and emoji reactions both for and against Rogers’ position.

Comedian Wellington Juku joked in a Facebook video that when he first heard about Bynum’s prayer course he thought she was giving lessons on her OnlyFans page.

Some critics compared Bynum’s course to a prayer meeting, but Bynum in her address said the course is part of the launch for her prayer institute.

“This is not a revival. This is not a prayer meeting,” she continued, in response to “those that have said that I am charging to pray. All of these years that you have seen me on social media praying and laying on the floor and doing the completionist course for 30 days straight and doing 5 a.m. prayer, I don’t think anybody can remember me charging you to pray for you. That’s ridiculous.”

“It’s absolutely ridiculous, especially in the last several years that I have traveled in ministry giving away more money than I want to think about right now. Preaching at conferences and not taking a dime, which I recently did and have done and have stacks of letters to prove that.”

Bynum said that in the course she’ll be teaching about prophetic dreams and “how to operate in the prophetic understanding, how to hear from God and how to separate your emotions from what God is saying, and how to be able to determine whether or not that is something you’re feeling in your emotion or is that really a word from the Lord.”

She said that in the last 14 years, God has also led her into a study of the brain and shown her how prayer can be used to “bring order to the brain.”

“What the Lord began to teach me is how to bring order to the brain so that when you get in prayer, you know what part of your brain is either being attacked or either being intercepted as to the reason why you can’t get a breakthrough in prayer because the mind must be involved, and so this is levels that I’m teaching,” Bynum said.

“This is levels about how the brain functions in prayer. What part of the brain reacts to prayer? What you can do to avoid those interruptions, and these are things that I walk through, and these are things that I practice in my own walk with God. So when I get in times of prayer, I don’t ever doubt whether it’s going to be heard or whether or not it’s going to be successful or whether or not I’m going to get the results that I’m praying about,” the televangelist continued. “And then even understanding mentally that if it’s not the results that I’m praying about then I also know what else is happening as a result of that which you’ll just have to come to class to find that out.”

Bynum shot to fame after her 1997 “No More Sheets” sermon at Bishop T.D. Jakes’ “Woman Thou Art Loosed” Conference.

In that sermon, she discussed her battle with her sexuality and her longing for a husband. She described the bedsheets as all the empty sex she’d had with men.

“Why am I not married?” she asked the women at the conference. ” … I find it very difficult to listen to anybody preach to me about being single when they got a pair of thighs in [their] bed every night … and you keep telling me to ‘Hold on, honey, stay there by yourself’ … and you goin’ home to big old muscles and thighs? … I wanna hear ‘hold on’ from somebody that knows my struggle!”

By about 2002, the year she got married to the Rev. Thomas W. Weeks, Bynum was no longer a featured speaker at the conference after discord strained her relationship with Jakes.

Five years later, Bynum and Weeks headed for divorce after a public beating in an Atlanta parking lot. She later confessed in 2012 to using drugs and engaging in same-sex relationships.

“I’ve been there, and I’ve done it all. I did the drugs, I’ve been with men, I’ve been with women. All of it,” she said on the “Frank & Wanda in the Morning” radio program. “I took full responsibility in every area because every choice that I made, nobody put a gun to my head. I made those choices due to a lack of wisdom.”