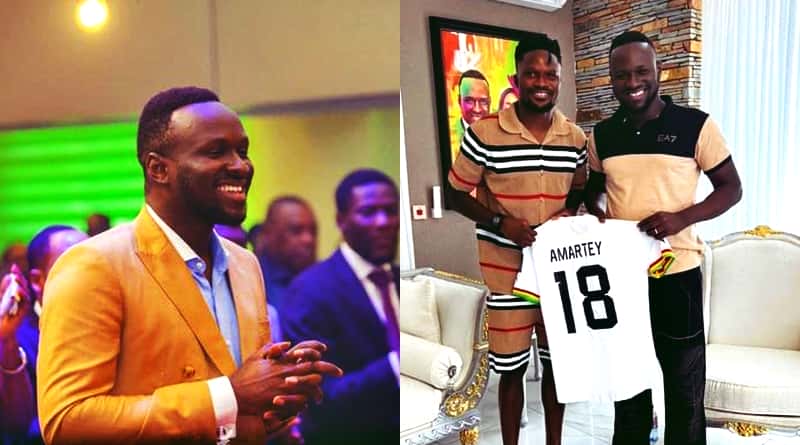 The Leicester City rearguard was part of the Ghana side that participated in the Qatar 2022 World Cup recently.

Amartey was ever-present in the team, starting all three group matches against Portugal, South Korea and Uruguay as the Black Stars failed to progress to the knockout round.

Having returned to Ghana after the team’s elimination from the tournament, Amartey visited Pastor Elvis Agyemang at his home.

The 27-year-old gifted the man of God – who leads the popular Alpha Hour prayers which is streamed on social media – a jersey.

Pastor Elvis Agyemang also doubles as the founder and leader of the Grace Mountain Ministries in Accra.

“I just told my teammates that we need a goal now but they need a goal now so we have to defend for ourselves so that if we can’t go, they don’t go,” he said, as quoted by Ghanasoccernet.

Asked if it was important to deny Uruguay a last 16 place, Amartey replied: “For me, yes. It was tough because you can see their centre back, everybody comes (forward).

“Uruguay needed one goal to go through and you can see we defend four against five or three against two but we managed to defend.”

“It’s football, it happens. If we score that penalty I think we kill them but we miss the penalty and you can see the game changed,” he added.