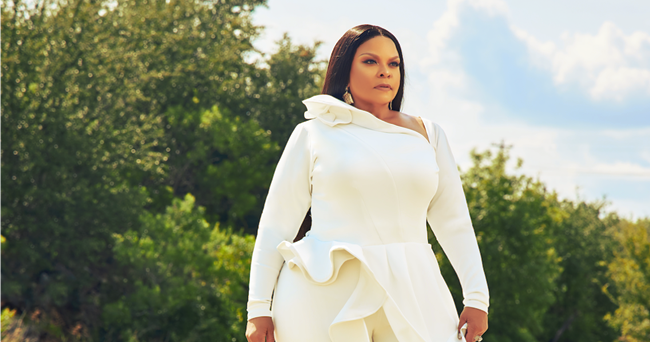 Award-winning gospel singer and actress Tamela Mann recently wrapped up filming for the musical “The Color Purple” and released the deluxe version of her latest album Overcomer.

But despite her vast success, the singer said her music is filled with declarations from God’s truth that she regularly needs to sing over herself for encouragement.

In the remake of the musical starring Fantasia, Taraji P. Henson, Louis Gossett Jr. and Danielle Brooks, the “Madea” star plays the role of first lady, also known as the pastor’s wife.

According to Mann, Oprah Winfrey was the person who pushed for her to be given that role.

“She was like, ‘This needs to be Tamela Mann. … Some people haven’t heard of you, but I felt like they need to hear from you,'” the gospel singer told The Christian Post. “I just got chills right now. The honor of how the Lord just used her to speak on my behalf.”

Mann, who has been shining her light in Hollywood for several years, said she’s so grateful for the opportunity “to serve” and to have a new door opened.

“Sometimes we do feel like doors are not open enough or doors get shut in our faces, which sometimes when the door gets closed it’s not always bad. A lot of times [opportunities are] allowed to close because it’s not for you at that time,” Mann continued.

However, she knows God is making a way for her and said the cast and crew made her feel comfortable, and the positive environment brought out the best in her performance.

“The cast was amazing, everyone that I met was amazing. It was just so much love in the room. It’s going be so beautiful,” she exclaimed, gushing about the musical set to be released in December 2023.

“I’m just really excited about all the things that God is doing. My family is going out on tour again,” she added. “I’m excited because I want everyone to be a part of it, to see, to hear.”

Mann told CP that she released the deluxe edition of Overcomer because she felt that the declarations needed to have more of a live sound.

“After rehearsing some of the songs, I was like, ‘I want to do them over live.’ Because doing it live and having some people in the room with me and worshiping with me, it just took it to another level, she said.

“I feel like I’m bringing some hope; I’m bringing some inspiration to people. And I know those words have been used before, but I really believe, and my hope is that the songs just really dig real deep in us that we can finish what God has started in us. That we can complete the work that He’s doing in us.

“I’m looking through my eyes back on all the things God has brought me through, and all the doors He’s opened for me. That’s why we’re talking about overcoming things, obstacles in our lives that we can complete and overcome,” Mann said. “With God’s help, all things are possible. So that’s what we’re talking about in the deluxe — that we truly can overcome!”

During the interview, Mann described herself as a weeping worshiper and recalled being moved emotionally while recording the album.

“I cry out because there are still things that I’m working on that I’m saying, ‘Lord, help me, fix me; help make me good Lord, so when I meet people, your light is shining,’” Mann revealed.

“I’m so excited to honestly just be a child of the King I am. And that I can declare that I can overcome, that I can achieve, and that’s what I want people to know,” she maintained. “We don’t have to walk around with a whole bunch of heavy burdens. Things are going to happen, but we don’t have to just carry it around and it just lay on our faces and on our shoulders. We can cast our cares on the Lord, and I’m excited that we can be overcomers.”

Mann concluded the interview by saying she hopes to see more people of color on TV and in movie roles, especially in animation.

To purchase Mann’s album or to learn more about her upcoming projects, click here.