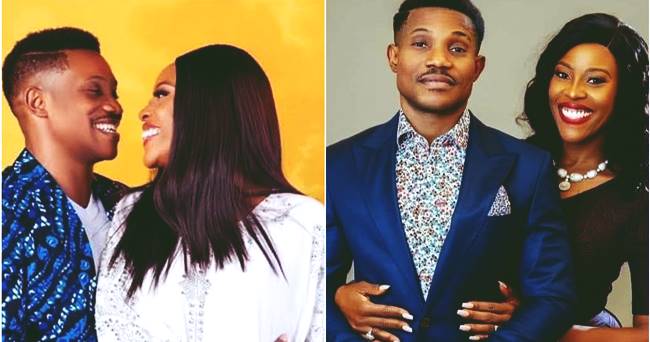 Pastor Jerry Eze, Lead pastor of Streams of Joy International has recounted how the tasking nature of his job as a priest nearly made him lose his marriage.

The well respected man of God who is also the convener of one of the largest online prayer meetings – NSPPD (New Season Prophetic Prayers & Declarations) which is watched by over 100,000 people daily made the shocking revelation at the last episode of “WithChude” with media guru, Chude Jideonwo.

In an interview with Chude Jideonwo, Eze, who broke down in tears, stated that he struggled to strike a balance between his ministering job as a pastor and a spouse throughout the time of his marital crisis.

Pastor Jerry said things only began to take positive turn when his wife, Eno Jerry came to the full understanding of his ministry as a pastor and how it would affect the home.

He said, “My wife and I had our own illumination season, so to speak. If you read her book ‘I Almost Ruined My Marriage,’ she needed to see the pastor in me, not necessarily her husband, during those turbulent times.

“I didn’t realize why God was causing me to be in that place of being moulded by her actions. Being a true Christian by her,” he said.

“I mean, things were not going too well, and I was still in that place where I was trying to be the great spouse… when she came full circle, she realized that, beyond this supernatural and manifestation, this man is a true Christian. Like, this is what it is. And that it’s not acting. “I’m sincerely in that place where all that I desire, with all the growing numbers, is that Jesus be pleased,” he added.

Pastor Jerry rose to prominent after his daily prayer YouTube live streaming service -NSPPD – became a major force and emerged as the number one online prayer platform and number one ‘Daily Most Super Chatted Gospel Channel’ in the world with a record 313,768,909 or 889,627 chats per day.