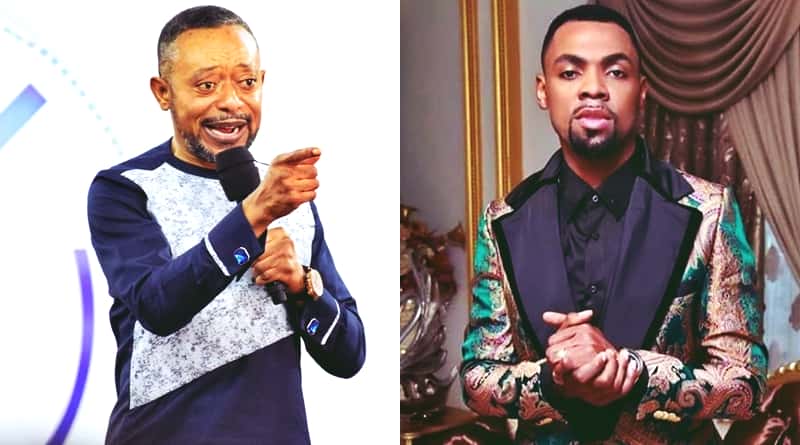 Reverend Obofour, the founder and head of Anointed Palace Chapel (APC) Worldwide, has descended on Reverend Owusu Bempah for encouraging bloggers to attack him.

In a video that was published on Instagram by a blogger, thosecalledcelebs, the pastor could be heard hauling insults at the Glorious Word Power Ministries International head while comparing their looks.

According to the preacher, after having close contact with Owusu Bempah, he discovered that he was way more handsome than the Glorious Word Power Ministries International founder.

“Let me tell you something. Over two hundred times, I am considerably more attractive than you.

“You looked like a frog whose buttocks had been trodden on and whose eyeballs wanted to pop out of its eye sockets the first time I sat in front of you,” he said.

In addition, he suggested the preacher warns his bloggers not to bash him, and if they do, they should take a good look at both of their features before doing so.

“You have the looks of an animal. Tell your bloggers to take a look at your face before coming to bash me. I picture you as a frog,” he added.

Although Reverend Obofour may have hurled abuses at his fellow preacher, the cause of the conflict is unknown.

Before Obofour slammed Owusu Bempah, he had attended the latter’s 52nd birthday celebration in 2021, where the APC head pastor heaped accolades on the Glorious Word Power Ministries International founder and also prayed for God’s blessings on his life.

The private event was attended by the Obofuor and his wife, Ciara Antwi also known as Naa Adukwei Shikakye.

Although the two ministers of God were supposed to be at loggerheads with each other at that time, Obofour’s presence negated all the rumours.